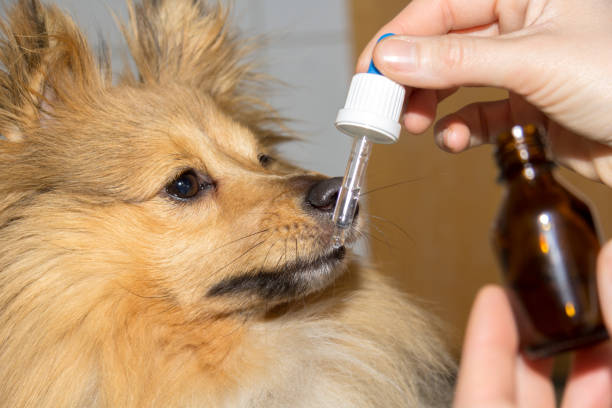 An epidemic of obesity in both humans and companion animals has spawned a large trade in weight loss supplements. Some, such as those which contain ephedrine, have been eliminated from the market in the United States and Canada due to potential adverse cardiac effects.

Some of the higher profile supplements remaining on the market include chitosan, linoleic acid, pyruvate, and hydroxycitric acid.

Chitosan is a dietary supplement derived from the chitinous shells of crustaceans such as crab, lobster, or shrimp. Chitin is of interest as a weight loss supplement because it chemically bonds to fat, ostensibly reducing its absorption from the intestines into the body. While such an effect is plausible, it has proven difficult to demonstrate in scientific studies in both animals and humans. For example, several studies analyzing the fat content of stool found that chitosan did not significantly increase the elimination of fat from the body.

"Chitosan failed to produce significant weight loss when used by itself to treat obesity in placebo- controlled studies."

Chitosan also failed to produce significant weight loss when used by itself to treat obesity in placebo-controlled studies. However, when used in tandem with other methods, such as dietary restriction and education, chitosan may increase weight loss and improve blood lipid levels compared to placebo controls. Overall, the number of scientific studies is lacking, especially in companion animals; more research is needed to explore chitosan’s effects on weight loss.

What are Conjugated Linoleic Acid supplements?

Conjugated Linoleic Acid (CLA) supplements are a blend of linoleic acid isomers that appear to promote increased fat breakdown through unknown mechanisms. Several studies have shown a reduction in abdominal fat mass following use of CLA, although in some randomized studies, the overall body mass index (an indicator of obesity) was not significantly changed. Japanese studies have demonstrated that CLA may increase overall metabolic rate, with the burning of fat occurring to simply generate body heat. One placebo-controlled study of CLA in people showed that weight gains after dieting tended to be in lean body mass rather than fat. While some studies have found a potential weight loss effect with CLA, others have found that certain linoleic acid types may cause insulin resistance. More studies are needed, particularly in companion animals, to better understand CLA’s potential effects.

What is hydroxycitric acid (HCA)?

Hydroxycitric Acid, also called HCA, is a product extracted from the rind of the Malabar tamarind, which is the fruit of the Garcinia camborgia tree.

"It may suppress hunger and help prevent fat accumulation in the blood and the belly..."

It may suppress hunger and help prevent fat accumulation in the blood and the belly. Placebo-controlled clinical studies of HCA in humans have shown a mild benefit in some cases and no benefit in others. There have also been a few isolated reports of liver toxicity in people. Unfortunately, efficacy and safety studies are lacking, especially in companion animals.

How much experience is there with the use of weight loss supplements in pets?

Virtually no research has been conducted on the effects of these supplements in dogs and cats. It is possible, however, that they would be similar to effects observed in humans and laboratory animals. Even clinical experience with most of these supplements is lacking. Chitosan has recently been recommended to slow the progression of chronic renal disease in dogs and cats by decreasing the absorption of phosphorus. Clinical experience with HCA and CLA in obese dogs and cats is still lacking.

How safe are weight loss supplements?

Chitosan appears to be very safe for use in dogs and cats. Adverse effects in some humans receiving chitosan include mild nausea and constipation that resolves when the supplement is discontinued. Certainly, chitosan should be avoided in all animals known to be allergic to shellfish. The small effect of chitosan on the excretion of fat in the feces makes it extremely unlikely that would contribute to malnutrition from loss of the fat-soluble vitamins (A, D, E).

Linoleic acid also appears to be safe for use in animals, with a reversible increase in fat metabolite deposition in the liver occurring only at very high doses. Certain isomers (trans-10, cis-12) of conjugated linoleic acid in CLA supplements may actually promote insulin resistance and the risk of diabetes, although the reasons for this are not yet clear. Consultation with and monitoring by your veterinarian is recommended.

HCA appears to be non-toxic when used according to manufacturer's directions.

It is important to note that no long-term studies on the adverse effects of chitosan, HCA, and linoleic acid have been conducted.

Where do I obtain weight loss supplements and do I need a prescription?

Pet owners are cautioned against buying supplements without knowledge of the manufacturer, as supplements are not highly regulated and some supplements may not contain the labeled amount of ingredients. CLA supplements that are certified to be free of trans-10, cis-12 isomers are desirable, as are low molecular weight chitosan supplements. For weight loss, a prescription is not needed for chitosan, CLA, or HCA. Your veterinarian may have preferred brands or sources of supplements that he or she will recommend.

Other weight loss supplements that have shown promise include L-carnitine and fish oil. L-carnitine is an amino acid that has shown promise in treating obesity in both cats and dogs. Fish oil contains omega-3 fatty acids, which may have an effect on “fat-burning” metabolism. Both are generally considered safe to use with minimal side effects.